I don’t think there would be Capytech without Beth.  It’s a bold statement, but without her unquestioned support and unwavering belief in us – I think both Jason and I would have given up in the hard early days when most failed companies do.  She deserves as much credit for our success as anyone.  Whilst Jason and I win and complete the contracts along with our amazing team, Beth is often the sane sounding board for our ideas and the person that has to deal with us during the highs and the lows.

Thanks for writing this, I love that Jason won’t have any idea until he reads these words.  We owe you a lot, and I appreciate you sharing your experiences.

Married to a start-up – the experience of a Capywag

We are moving to Dubai in August, a move that feels like the final chapter of our start-up journey. 6 years after Capytech’s birth in the UAE, we will be returning so Jason can join Damian to really push the business as it begins to grow and develop at a rate that surprises even them. This milestone has really made me reflect on our journey, and how developing a start-up has changed everything in our lives

So what of me, the Capywag, a self-appointed title that any self-respecting, independent woman would be proud of. When Jason met Damian in 2013, it was the development of a friendship over common interests, that eventually led them to realise they both shared a similar goal. To develop a company to call their own. When the initial tinkering’s of the business began, there was never any consideration (by me at least), that this was a ‘start-up’. It felt more like a hobby. Jason has always loved tech, so this was a great opportunity for him to learn more and use his remarkable brain in a new way (he will hate me saying this, but he truly is one of the most talented people I have ever met).

Fast forward to December 2015. The tinkering of the first few years had developed into Capytech, an e-learning company that provides ‘Modern Training for a Modern World’ (my strap-line, very proud). And, with Damian having left his day job in December 2014, Jason was about to join him and throw himself fully into the business. It was the years leading up to his departure, that in retrospect were the hardest years for the business, and without a doubt, the hardest years for us.

As the ‘hobby’ had progressed and the intention to establish the business properly became clear, so had the strain on Jason’s time. Working his day-job meant that he would be working on the business as soon as he walked through the door. With 2 small children, it meant that family time was few and far between. Even when we were out as a family, the phone was always in hand in case anything cropped up. I realised I had to make a conscious decision. Was I in or out? I knew the answer, but I remember having a moment when I realised that I had to really buy into this thing too. There are huge benefits to developing a business, not just potential financial rewards, but the freedoms it can bring. Having lived in 5 different countries since establishing the business (but that’s a whole other story), my children are better travelled than most adults. I would not have missed it for the world.

So back to December 2015. We stood on the steps of our villa in Abu Dhabi, with our suitcases at our feet, ready to make the leap into fully fledged Capypeople, and I felt strangely calm. This was oddly one of the easiest parts of this whole journey. Jason had found himself very unhappy towards the end of our time in the UAE. We love the country, but he wanted out of the day job and it was making him miserable. Capytech was still very much in its infancy, but I trust him. He would never gamble with me and the children’s happiness, and we both discussed the possibility of us needing to get jobs. I think the initial move to the UAE made me think differently about life, I see now that the world outside of the UK isn’t that scary after all, and I am confident that we will ‘get on’ wherever we lay our hats.

From that moment until now, the Capywag life has been a good one. We’ve had our ups and downs which is inevitable. For Jason, it’s learning to compartmentalise his work and home life and not let a bad day or even a bad week affect us all too much. I feel I have come a long way since the early days and have very much taken on the role of sorting everything else out so he can function effectively. Yes. I have had to largely park my work ambitions since we started the business, but 3 small children have kept me busy enough. As we make the move to Dubai this Summer, I hope it signals the start of Capytech as an established business, and Jason can really embrace it as a day job. And although I’ll always be a Capywag at heart, I am hoping to embrace some stability, find work I feel passionately about and think about who I am now the start-up journey has come to an end. 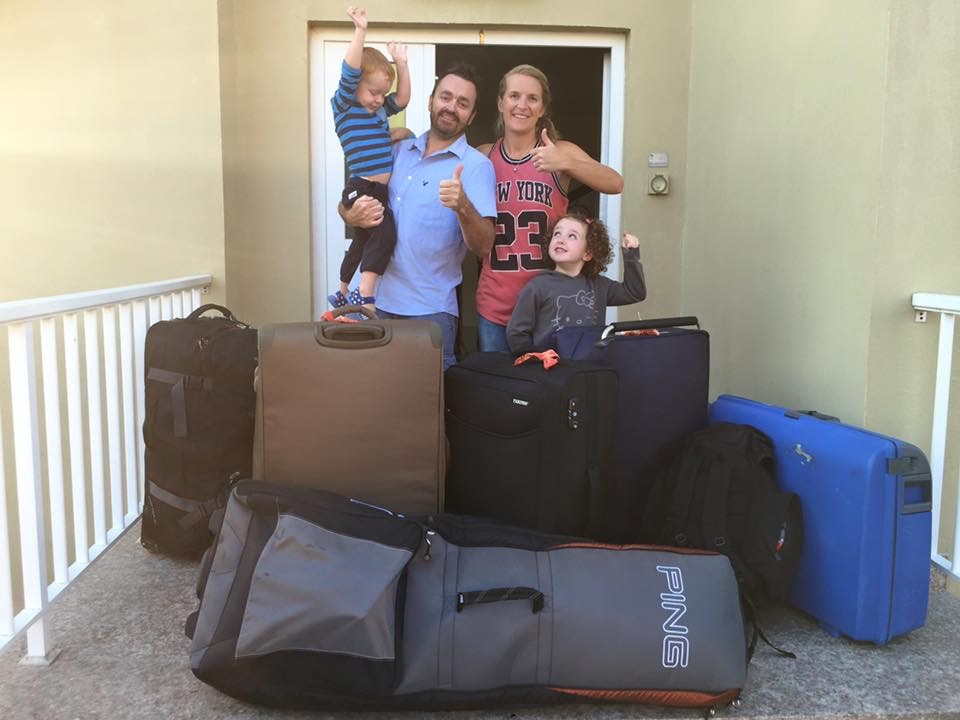